Frequently asked questions about the new rules in 2021 for international selling and shipping.

One month after Brexit, the damage on the logistics battlefield is slowly becoming visible. England carriers are weighed down by the additional administrative burden and some are even turning their backs on the United Kingdom (UK). Are only the persistent specialists left? The West Flemish transport company ECS2XL recorded a record turnover in January.

The interest of the international media has faded a bit and people have moved on to the order of the day, the corona crisis. But in the transport sector, the English dust has by no means settled. Transporters complain bitterly about administrative inconvenience and about the many parties involved in the chain that lead to delays and miscommunication.

In our southern neighbors, West Flanders traditionally has a high density of England transporters, and the suffering is therefore strongly felt there. 'We have completely forgotten in the context of corona', sighs an employee of Cool Solutions from Ostend, a company that carries out both guided and unaccompanied transports to the UK. "The administrative burden is a disaster."

"It's a drama," agrees Paul Otting, operations manager of Mammoet Ferry from Zeebrugge. 'We now need three times as much time for a trailer. Documents are often not in order and the systems work badly. ' Previously, the administration of a trailer took up to twenty minutes, now the transporter takes at least an hour. 'And that is all at the expense of our capacity,' he says.

Otting emphasizes that imports from the UK are going even more difficult, if possible, and that observation is in line with the general picture, says Lode Verkinderen, director of Transport and Logistics Flanders. "Brexit readiness is lower in the UK itself than on the continent," he says. According to Verkinderen, the worst is yet to come. 'At the moment it is still quiet in terms of volumes. January is traditionally the quietest month. '

The interest representative predicts a large increase in transport volumes later in the spring. 'English companies have been hoarding the last months of last year. We therefore saw extremely high volumes of 150 to 170 percent in those months. If these stocks run out immediately and imports from the UK get going again, we will get the real test case. '

The port of Zeebrugge depends on the UK for 40 percent of its traffic, with unaccompanied transport in the majority. 'But a lot of guided transports are also carried out from West Flanders, also via the channel tunnel', says Verkinderen, who estimates that 250 to 400 drivers make the crossing to the UK and back every day. The transport volume from England is a lot smaller back then. 'Only six out of ten trucks return to Flanders full,' he estimates.

While many transport companies recorded low volumes in January, ECS2XL, a merger of the companies ESC and 2XL, saw cargo flows in the UK grow. "January was a record month for us compared to other years," says CEO Pieter Balcaen. The company focuses on door-to-door 45-foot container transport to and from the UK and also has a supply chain division with its own warehouse. 'We stock goods from exporters to the UK in Zeebrugge,' explains Balcaen.

The distribution branch runs like clockwork, according to the Fleming. 'We have everything in-house, from storage to customs clearance, transport and customs clearance. All these systems are integrated and automated and run smoothly. '

Problems for ECS2XL arise in the field of door-to-door transport for customers. 'Everyone works with a different broker and there are so many links in the transport that the administrative burden has increased enormously,' says Balcaen. Other West Flemish transport companies have made the same complaint. All parties adhere to the fact that everyone still has to get used to the new situation.

Whereas in the past UK transport was not very different from transport to France or Germany, it has now become a specialty. "It is therefore not surprising that some carriers who added the UK as a side branch have divested this activity," says Balcaen. He refers, among other things, to Schenker, who recently briefly suspended its activities in the UK. According to him, it also explains the record volumes of ECS2XL in January.

In addition to the additional administrative burden, transports are also regularly delayed because cargo has not yet been released by customs. The fact that transport costs are going up, is clear to all parties. According to Lode Verkinderen, this could in extreme cases also lead to the disappearance of goods flows. 'Flows of goods where margins are so low can become loss-making due to the new formalities and are doomed to disappear.'

Many creative solutions are currently being devised in the field of customs clearance to keep costs manageable, says Balcaen. For example, there is a planting material grower from the Ghent area who bundles all orders from the UK in a truck on an invoice. This is converted by the English branch into various final invoices upon arrival, so that a customs fee is only paid once.

Working out such constructions takes a lot of time, Balcaen knows. Due to high demand, the logistics service provider is expanding its customs team from eight to eighteen people in the coming month. ECS2XL had a turnover of 400 million last year, but could well grow in this difficult market. 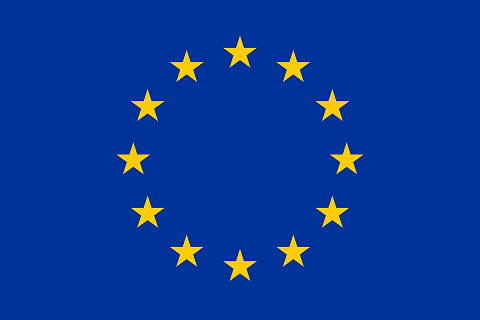 Frequently asked questions about the new rules in 2021 for international selling and shipping.